The Most Magical Place on Earth: WB Potter Studio Tour, Round 2

Along with the theme parks, of course. My second visit to the studio tour was no less magical than my first. We got tickets that included the audio guides and souvenir guidebooks – get your tickets here. (I absolutely love the audio guides.) Sitting on the overground from London Euston to Watford Junction, we saw a few other families who were also on their way to the tour. (You can tell by the abundance of house colors, scarves, and wands.) And I was just as ecstatic as the first time around. Skipping. Giggling. The whole nine yards.

The experience itself was also just as brilliant the second time around. They estimate that visitors will spend an average of 2.5 hours inside the tour, but Kate and I were there for 4 whole hours. We didn’t get bored at all. So if you’re a fan, I suggest planning to spend the afternoon. 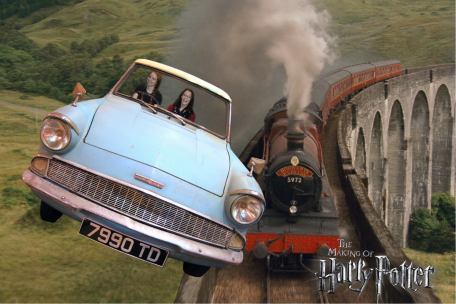 Getting to the studio is in itself an experience if you’ve taken the train to Watford Junction. Simply show your entry ticket confirmation to the shuttle bus driver, and for only £2.50 cash, you’ve got a return journey on the themed double-decker bus.

The energy on the shuttle is palpable since you’re packed in with all the other Potterheads. They’ve usually got a making-of video playing that features cast and crew interviews, too.

The newest exhibit I hadn’t seen yet was the Hogwarts Express. The train is set up perfectly, with smoke billowing around the red train. You can walk through the carriages, with each compartment set up as they had been in different movies. They even have mood lighting! This section of the soundstage is why you want to book an early entry time – the earlier you get in, the fewer people there will be. I wouldn’t want to be standing in a late afternoon line to get through the Hogwarts Express…. or to get on the brooms!

It might just be impossible (for me, anyway) to resist the green screen brooms. I had regretted not getting the mp4 of my broom flight the first time around… so this time I sprung for it, along with two other pictures. Don’t we look happy in the picture up there? Who wouldn’t? We were in a flying Ford Anglia! (Bonus: no threats of a howler from Mrs. Weasley.)

Another new addition to the studio tour was BUTTERBEER ICE CREAM. Yes, you saw that correctly: butterbeer ice cream. It may just have been the best ice cream I’ve ever tasted, and if I hadn’t already downed so much sugar between that and my glass of butterbeer, I would have gone for a second cone. If you even remotely like ice cream and you are in the studio tour: get it. You won’t regret it.

The actual butterbeer is still great, of course. Even if I prefer the frozen version of the theme parks. (Some pumpkin juice for sale also wouldn’t be amiss. Something to think about adding, maybe, Leavesden?)

We also happened to get tickets for the last few days of the Privet Drive exhibit. We were able to walk through the entryway of that perfectly normal Number 4 house… And it looked as if the post had just arrived via fireplace. Dudley’s many awards hung on the walls, and it was very Dursley-ish. (But what else would you expect?) 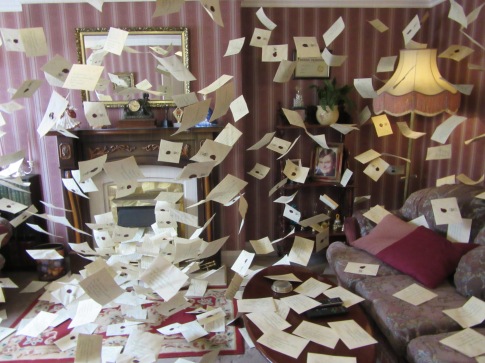 My next goal is to travel to London over Christmas so I can see Hogwarts in the snow. Those limited-time-only special exhibits really do their job. But when you catch one at the right time, it’s definitely worth it.

And, of course, the behind-the-scenes exhibits are always fascinating. The detailed paper models, full-scale sets, and costumes all show just how much effort it took to pull off an 8-movie franchise.

But my favorite room is still the gigantic Hogwarts model, under dramatic lighting, with a ramp all the way around. Kate and I both got a little emotional on the long walk around the room. It can be difficult to get good pictures if your phone or camera doesn’t do well in low light. But we did the best we could and lingered a bit longer than necessary.

I still say that the studio tour is a must-see for any Harry Potter fan who happens to travel to London. It’s absolutely worth the cost of the ticket. I would even encourage going multiple times for enthusiastic Potterheads. With so much to see, you’ll probably notice different set pieces each time you go.